I am standing behind my high school when a snowball pelts my side with a thud and splatters across my jacket, covering me with a fine, icy dust. My bewildered eyes trace the snowball’s trajectory until they fall upon a pair of snickering hoodlums crouched behind a small mountain of snowballs. They must have been waiting all afternoon for an unsuspecting student to walk by, and perhaps for emphasis, one of the boys looks me in the eye and raises a grimy middle finger. Quickly, I mold a handful of snow into a sphere with cupped hands and cock my arm back.

I haven’t thrown anything in a while, but muscle memory guides me through the requisite motions. I played softball for eight years, and my athletic strength was always my throwing arm; in fifth grade, when my coach asked me to throw the ball from third to first, I hurled the ball with such force that the catch knocked him off-balance. Upon entering high school, it seemed natural that I would play on the school’s softball team.

However, my body had other ideas. Throughout middle school I’d developed increasingly painful body aches, and in freshman year I awoke one morning with a brutal headache penetrating the crown of my head and the bones of my face as though a vice had been clamped to my skull overnight. After consulting more doctors than I can remember, I was diagnosed with fibromyalgia.

Fibromyalgia is characterized by chronic widespread pain and extreme sensitivity to touch. My neurologist describes fibromyalgia as “headache of the body.” Personally, I favor my father’s description; after one particularly painful and exhausting day he aptly proclaimed, “Fibromyalgia is your body’s way of giving you the finger.”

Agonizing muscle cramps mocked me constantly, preventing me from walking longer than five minutes without growing exhausted. The pressure above my eyes sneered at me whenever I attempted to read or write. Even after I found medications to temper the headaches just enough so I could return to school with sporadic attendance, sharp pains gnawed at my body with haughty derision if I even thought about returning to the softball fields and the activities I loved.

For months I tried to ignore the cruel obscenities fibromyalgia hurled my way, steadfastly believing the pain would soon subside and I would achieve everything I had planned for myself if I simply disregarded the taunting aches and worked doggedly to catch up at school. But when softball season arrived, it became apparent that while determination and intelligence could preserve my GPA in the face of fibromyalgia, there was no personal attribute or skill that could heal my body and allow me to join my teammates on the field.

It was time to confront the beast.

In doing so, I kept in mind the schoolyard aphorism that there is strength in numbers. I did not face fibromyalgia alone, but with mathematics by my side. Baseball is a game of statistics, and if fibromyalgia threatened to steal the sport I loved through physical deterioration, I would outsmart this insolent illness and reclaim ownership of baseball through intellectual pursuits. I began a mathematical research project, analyzing the effectiveness of current baseball statistics, as well as deriving my own.

Fibromyalgia forced me to redefine my goals and personal standards for success. This baseball project was my first step toward reclaiming my life and laying the foundation for victory over my illness. As calculations replaced pitching drills, my passion for baseball was channeled into a burgeoning love of science and math. Hours I had previously devoted to softball became filled with scientific journals and books, and summers I used to spend at athletic camps were devoted to research at local universities. Baseball provided a link to my pre-fibromyalgia life at a time when I desperately needed one, and through baseball I realized that if I wanted to beat fibromyalgia, I could not simply hope it would disappear overnight. Whether I modified my medications or adapted my schedule, I needed to devise my own way to face fibromyalgia’s antagonizing aches head-on.

So when that taunting rascal waves his middle finger in my direction, my cheeks do not flush with angry humiliation and my legs do not run away, but my hands mold a snowball and my arm pulls back. As I follow through with my throw, pain radiating up my arm, I know instantly that I will pay for this exertion in the morning. But my icy comeback hits the sniggering boy squarely in the chest, knocking him backward into the snow as his accomplice’s mouth lies agape in shock.

Well. I guess I’ve still got it.

Sarah's story opens with a vivid anecdote of being pelted by a snowball that brings the reader to the scene of the crime with detailed sensory descriptions. She skillfully ties the story to her talent for athletics, which in turn leads to her struggle with fibromyalgia and howin the face of physical limitation she redirected her passions to science and math. The story comes full circle and ties together nicely at the end with the conclusion of the snowball scene, which leaves the reader feeling victorious and vindicated for Sarah, as well as proud of her determination.

Sarah manages to cover a lot in this essay. The personal statement is an evident combination of overcoming obstacles and discovering academic passions, and also discreetly includes résumé- worthy accomplishments, such as her own mathematical research project on baseball statistics and summer research at local universities. What is important about her personal statement is that she goes beyond the résumé and gives the admissions officers a look at her character and personal struggle. Even though her essay is a bit long, Sarah does not waste a word and ensures that every detail she includes contributes in some way to the overall message she is trying to convey about herself. Rather than simply evoking sympathy for her situation, Sarah weaves humor and a cheeky attitude throughout her narrative. She introduces her love of mathematics with a creative twist on the common saying, “strength in numbers," and affectionately alludes to her father's depiction of fibromyalgia as "your body's way of giving you the finger."

Her vivacious and tenacious personality shines through in her colorful and descriptive language, painting a clear picture of Sarah as a determined person who doesn't let a chronic illness defeat her and instead finds another passion. 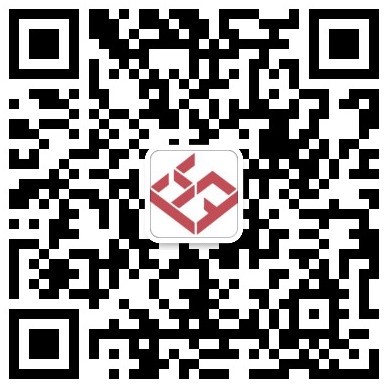